The mission of Gorin Custom Painting is to provide professional painting services of the highest quality to our customers that meets or exceeds their expectations. Our first priority is to assure that every customer is pleased and 100% satisfied with the job we performed for them.

What makes us different

Frank Gorin Painting was established in 1985 as a sole proprietorship with Frank being the only employee.  A couple of years later, Anthony Gorin, Frank’s son was hired as an apprentice and was taught the painting business.  As the company began to grow, other experienced painters were hired and at one point Frank had as many as 10 employees working on 2- 3 job sites each day.

As the economy and housing market changed, the company was downsized accordingly.  A few years ago, the company was incorporated and renamed “Gorin Custom Painting”  We now have 4 employees working and the majority of our business is either previous customers or referrals from them.

Frank has always  had, and still has a great deal of pride in his work/business and still enjoys meeting with customers and bidding jobs, as well as helping with selection of colors, etc.  Anthony now organizes,  directs the crew, and physically works on all jobs. 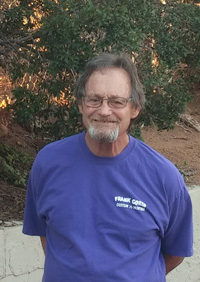 Frank was born and raised in the bay area of northern California. He began painting at age 17 and joined the local Painters Union as an apprentice. He worked hard as a young man and developed a very strong work ethic that he still has today. It took only about 2 years for him to reach “journeyman” status.

He was married at age 21, and his wife of 49 years, Linda, had 3 children. Hoping to take advantage of the housing boom in the ‘70’s, Frank moved his young family to the San Diego area, where he continued to work as a union painter on the many new housing developments that were underway at the time.

In 1985, Frank studied for and received his Painting & Decorating Contractor’s License. He then proceeded to start his own small painting business, working nights and weekends. Eventually, the business became successful and today is still going strong!

Nowadays, Frank isn’t actually doing the painting, but has taught his son, Anthony, the very same “old school” work ethic and pride that he’s had from day one. Anthony now plays a very large part in the business, physically working, organizing, supervising the crew, and assisting with some of the administrative duties.

Frank has no plans to retire anytime soon, but some one of these days, Anthony will be the president and owner of “Gorin Custom Painting” and will carry on Frank’s legacy in the painting business. 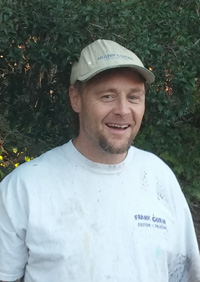 Born in Chicago, Illinois in 1969, Frank’s son, Anthony was raised in Poway, California, where the family moved in 1970. He started painting when he was 16 years with Frank as his mentor. Anthony attended Poway High School and worked in the business as much as possible, when not in school. He was taught the many techniques of painting, as well as “the system” that Frank uses to get jobs done efficiently and in a timely and organized manner. Most importantly, Anthony was taught that pleasing the customer was our painting business’ top priority. Anthony has always had a way with people and gets along well with the customers.

Today, Anthony is an excellent painter and works on all of our jobs. He runs the crew and interacts with customers from start to finish to assure that jobs are done well and that the customer is happy with our work.

Check out
our recent work 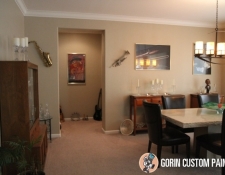 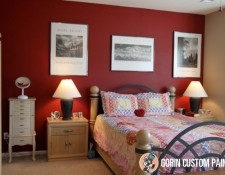 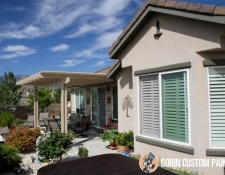 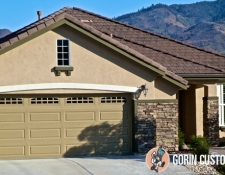 Our promise to you

Get a free estimate